Currently, most of the largest oil fields and deposits of the Russian Federation are at a late stage of development, which is characterized by high water cut, low well production, and a general deterioration in the quality of the emulsion being produced. To increase oil production, a lot of work is being done to increase oil recovery, maintain reservoir pressure, and develop hard-to-recover hydrocarbon reserves. These measures increase the volume of oil produced, but often have a negative impact on it’s quality. One of the consequences of this effect is the formation of anomalously stable oil emulsions (ASOE).

ASOEs are stabilized by the influence of various technogenic and natural factors, separation by standard thermochemical methods becoming impossible in this case. Also it makes impossible to bring oil to marketable quality in a typical oil treatment place.

The composition and property of these emulsions at oil treatment plants causes a number of problems, namely:

‒ in the normal operating mode of the equipment, it is impossible to achieve the required residual water content of the emulsion, which leads to substandard products and the need for additional oil treatment, the cost of oil increases (additional consumption of demulsifier, increased process temperature, increased load on the equipment);

‒ ASOEs often occasion of intermediate layers, witch appears in the apparatus and block in the process of separation of the emulsion; as a result — there is a need to stop, empty and clean the equipment;

‒ for the removal of substandard oil and intermediate layers, additional capacitive equipment is required, the amount of which cannot be predicted and calculated, as a result of which there is a threat of disruption in the delivery of marketable products to the main pipeline.

One of the solutions to the problem of ASOE formation is the identification and neutralization of the causes of their occurrence, as well as the study of alternative methods for the separation of emulsions with a view to their implementation in existing technological schemes for oil preparation.

At the moment, for the separation of ASOEs, mainly methods are used that are related to increasing dosages, changing the type of supplied reagents, places for introducing reagents and the mode of oil preparation in the direction of increasing temperature, using enzymatic destructors to destroy ASOE, but all these methods are not universal. In such circumstances, the question of research and development of new methods for the separation of AUNE, which will be universal for any type of emulsion, regardless of the reasons that caused their formation, becomes relevant. These are the so-called wave technologies, the effect on the emulsion of electric, magnetic, radiation, acoustic, cavitation, microwave, vibration, laser radiation.

Research JSC «VNIIneft» and the Russian State University of Oil and Gas showed the efficiency of separation of oil systems using a rotary pulsation acoustic apparatus (RPAA) in combination with demulsifiers. Microwave action (2450 Hz) was also used to destroy the intermediate layers. In contrast to the classical methods, heating with the help of a microwave generator of water globules in the emulsion does not occur from the dispersion medium, but from the inside due to rotation, friction of water molecules directly, which makes a certain contribution to the positive effect of microwaves on the process of emulsion destruction.

For magnetic fluid processing, the Engineering Company «Incompneft» developed the UMZH-73 deep-well borehole installations, which were used in wells complicated by asphalt-resin-paraffin deposits and emulsion formation at Bashneft, Uraineftegaz, Belkamneft.

According to the results of pilot tests at the facilities of LLC LUKOIL-PERM, the effect of increasing the size of water globules in persistent emulsions when they were treated with a uniform electric field

(220 V) created by the SAVEL electrode was established, which is the basis for further research on development destruction technologies for persistent oil-water emulsions.

All researches conducted indicate the feasibility of introducing methods of physical effects on the oil emulsion. But as a result of experiments it was found that to ensure a positive effect, a combination of radiation ranges must be selected for each specific emulsion. Thus, RPAA treatment is most effective for «fresh» emulsions, just as microwave exposure contributes to a deeper and more dynamic separation of water from oil during the processing of obsolete emulsions, although it is known that «old» emulsions are destroyed much more difficult than «fresh» ones. The duration and range of effects also affect the result, depending on the composition of the oil-water emulsion.

Given all of the above, we can conclude that for a breakthrough in the field of separation of oil emulsions, it is necessary to conduct large-scale comprehensive studies of the impact of various types of effects (electrical, magnetic, radiation, acoustic, cavitation, microwave, vibration, laser radiation) on this process. Promising are studies of electric and electromagnetic fields, as well as acoustic and microwave exposure. Of greatest interest are possible studies of the combined effect of various types of fields on the emulsion, while at the same time being used as an additional factor for the separation of the emulsion — a commercial demulsifier. Potentially, such researches can lead to the development of devices that will have an individual effect on each specific sample of the emulsion. 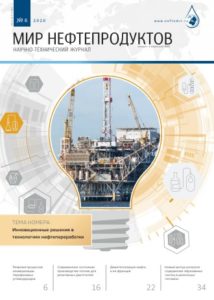